Naomi's Story | The Power of a Mentor & Family

Growing up, Naomi never knew when her next meal would be or if the roof they were living under would last long. In 2008, the summer before Naomi entered sixth grade, she joined DABSJ's mentoring program as a mentee. 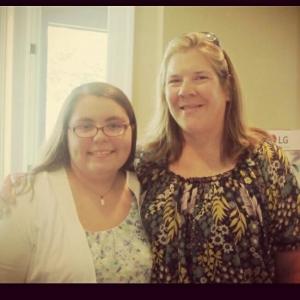 Growing up, Naomi never knew when her next meal would be or if the roof they were living under would last long. Her mom saw her more as a friend than a daughter, and exposed her to things she probably shouldn’t have been exposed to at such a young age. In 2008, the summer before Naomi entered sixth grade she joined D.A. Blodgett – St. John’s mentoring program as a mentee. This is when she met her mentor Connie.

Naomi remembers the very first time she was introduced to Connie. Connie took her out for ice cream and they got to know each other a little better. They ended up seeing each other regularly, about once a week.

“When I was with her, I knew that everything was ok and that nothing bad was going to happen,” said Naomi. “I was able to tell her anything. I know even now that if I need anything, she would help me.” Not long after Naomi joined the mentoring program, she was removed from her mother’s home and placed in foster care. Connie stood by Naomi’s side through it all. “She was there for me when I was removed from my bio mom’s home,” said Naomi. “And she has been with me ever since the first day I met her.”

Even though Naomi had Connie’s constant support, she described her time in foster care as a very difficult part of her life. “Now that I think about it, I was mad at first that I was removed from my bio mothers’ home, but I now know in the long run it was the best thing that could have happened to my life,” said Naomi.

When Naomi was in middle school, her foster mom worked at an elementary school as a substitute teacher. On the days that her foster mom would have to teach, she would spend time at the elementary school after she got out of her own classes. This is where she met Tom Rhein, a teacher, and got to know more about him and his wife Sarah. One of Naomi’s favorite memories was the first time Tom and Sarah took her to the park. They went on a bike ride and she remembers her bike tire going flat. Sarah stayed with Naomi’s bike and let Naomi ride her own bike. She remembers stopping to feed to the ducks in the park, too. “We had a blast,” said Naomi. 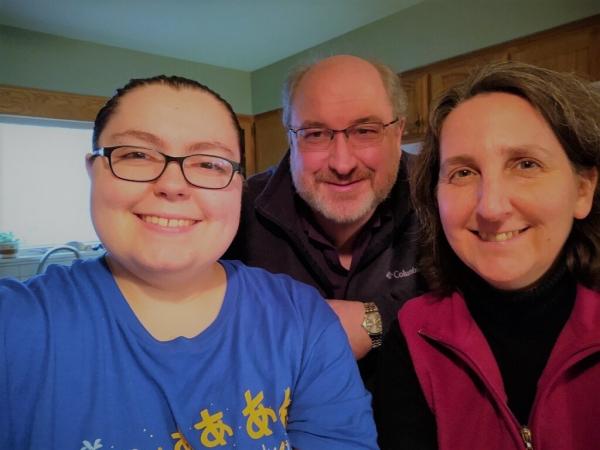 Naomi & her parents
Naomi found out that Tom and Sarah wanted to adopt her and her younger brother in the summer of 2010, and they moved in shortly after that. “I know now that I have two parents who love and treat me like I am their daughter and not their friend,” said Naomi. “I couldn’t have asked for better parents. They both love me and care for me. I know I can go to them for anything. They have given me so much in life that I don’t know where I would be in life without them.”

Today Naomi is attending Grand Rapids Community College (GRCC) to become a sign language interpreter. After obtaining her associates degree at GRCC, she plans on transferring to Lansing Community College to further her degree to become a certified sign language interpreter. She is still in contact with her mentor Connie, and they regularly go out for ice cream. Naomi knows that Connie and her parents, Tom and Sarah, are always in her corner and excited to see what the future has in store for her!