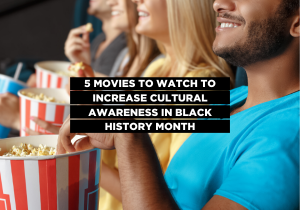 There is that great proverb — that until the lions have their own historians, the history of the hunt will always glorify the hunter.
Chinua Achebe, author of Things Fall Apart

I don’t like the way we typically mark Black History Month. It has become a check box. A nod to black folks where once a year the dominant culture tries some different food, like fried chicken and collard green. And we roll out the same historical figures - Dr. King, Harriet Tubman, W.E.B. Dubois. Black History Month is often a telling of history from the perspective of people who didn’t write it. I would like to propose a different way to approach this important time for African Americans.

For our cultural recognition calendar at DABSJ I would like to suggest a new approach. Let’s focus this time on two things, cultural humility and cultural awareness.

The following movies all have some relevance for the work that we do here at DABSJ, and the expression of our core value of equity, diversity, and inclusion, which welcomes all and helps everyone to feel like they belong.

Here are my picks of top five movies to cultivate cultural humility, and develop cultural awareness during Black History Month.

Let’s begin with Black Panther, the runaway Marvel superhero hit movie of 2017. I realize that this is seen as just a superhero movie set in a fictional place in Africa, but on a deeper level Black Panther is a depiction of afro futurism. It links to precolonial African culture that was rich and vibrant, despite being perceived as uncivilized through European eyes. Watch this movie and consider your cultural humility. Do you see the richness of other cultural expressions or only your own? Black Panther is currently streaming on Netflix.

The true story about a couple in a landmark case that challenged the laws against interracial marriage in the U.S. The movie examines the life of a couple ironically named the Lovings, a white man and a black woman who marry in Virginia despite an anti-miscegenation law prohibiting marriage between people of different races. It gives us a glimpse of the challenges faced by the couple and their family simply because they love someone of a different race. Watch this movie and consider how laws that shape our cultural values exist despite being unfair and unjust. Loving is currently available to rent or buy on most streaming platforms.

Black or White starring Academy Award winner Kevin Costner explores the inevitable challenges and differences in lived experiences, in a society where interracial and cross-cultural marriages are legal. “What about the kids?” In this case, the film depicts the story of a bi-racial child of black and white parents, whose white grandparents believe they are the best choice to raise the child after her mother dies. Their grief is projected into a battle with the black side of her family who believe that they also have a right to be part of raising their granddaughter. Watch this movie and consider your cultural humility. Is the way you were raised the best way to raise a child? Or are there other perfectly valid ways that don’t look like your own? Test your cultural awareness. Black or White is available to rent or purchase on most streaming platforms.

If Beale Street Could Talk

What would you do if the love of our life was falsely accused? What would you do when the system that determines guilt or innocence has predetermined your guilt? What can you do to change your circumstances? Who speaks for you? Who speak on your behalf? These are some of the questions I asked myself after watching this movie set in the early 1970’s, and based on a book by renowned African American activist and author James Baldwin. Watch this movie and see what questions about the African American experience in the American legal system come to your mind. Finding it on streaming and rental platforms. Stream it on Hulu or rent/buy through most other platforms.

When They See Us

When They See Us is a Netflix documentary series co-written and directed by Ava Duvernay about the Central Park Five. Five Black and Hispanic young men who were wrongly accused, tried and convicted in the notorious central park jogger case in New York City in 1989. I was in my late teens living in NYC when the events in this documentary series occurred. I remember hearing the word “wilding” for the first time and hearing young men my age described as animals. I remember the cries of outrage and calls for their execution. Years later, when they were exonerated I heard no loud cries of regret, instead mostly silence.

Dr. King said, “History will have to record that the greatest tragedy of this period of social transition was not the strident clamor of the bad people, but the appalling silence of the good people.”

Watch this series, and consider whether our lack of cultural humility or cultural awareness may lead us to be silent when we should speak out. I also want to give an honorable mention to a documentary titled Central Park Five directed by Ken Burns. Stream When They See Us on Netflix.

Those are five movies I recommend to watch during Black History Month that I think will cultivate cultural humility and develop cultural awareness. This is not an exhaustive list, but I think they are relevant to the work that we do as an agency. There are some movies currently in theaters or being released soon that you should watch, too, like Just Mercy and Madame C.J. Walker starring Oscar winner Octavia Spencer. These movies will probably make my list next year, so catch them early.

Have you read our next post yet? Meet Jim, our President/CEO! 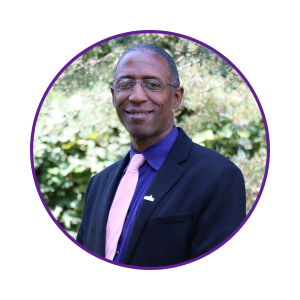 Andre has a strong background in resource and program development, facilitation, training and leadership skills. Most recently, he worked as the Founder and Lead Trainer in his consulting firm, Reimagine Diversity & Inclusion Project. Prior to that role, Daley was the Associate Executive Director of the Lakeshore Ethnic Diversity Association and Executive Director of Grand Rapids Dreams. Now he serves as D.A. Blodgett - St. John's Director of Equity, Diversity, Inclusion, and Engagement.

He holds a bachelor’s degree in Psychology from City College of New York, in New York, New York, as well as a master’s degree in Divinity from Princeton Theological Seminary in Princeton, New Jersey.